Fiery lava and magma spewing and sputtering as your boots crunch the jumble of pitch-black rocks, you hike across a steep path at scalding temperatures. Hot springs everywhere and lava flowing right beside you, volcanoes make for marvels that very few get to experience in a lifetime.

We have handpicked for you, five of the world’s most fascinating volcanoes to witness Mother Nature’s incredible displays of power and fury.

Make a 90 km ride from the Costa Rican capital to the Arenal National Park, home of the Arenal Volcano. One of the most active volcanoes in the world, it is currently rumbling away and spewing ash and smoke into the air.

Here, you can break out the photographer in you and take some incredible shots to show all your photographer friends back home. It makes it all too worth to be out in the searing temperatures as well! Also, if you’re an adventure enthusiast, you can test your mettle at water rafting, zip line canopy, waterfall rappelling, hiking, caving and horseback riding.

And if you don’t swing that way, there are hordes of wellness centres and spas built around the park’s geothermal hot springs to keep you busy relaxing.

Far from the maddening traffic of the capital is a quiet place in the Philippines – the Taal Volcano. It is also known as ‘A Volcano Inside a Volcano’ as the lake surrounding it was once a volcano by itself. It is fascinating that way but no matter how much you’ve travelled around the world, the sunset here is totally going to leave you in awe and wonder.

It is the smallest active volcano in the world and you don’t have to worry about imminent threats as long as you follow the dos and don’t sign everywhere. If you are looking for some adventure besides the volcano itself, you can freak out at Tagaytay’s water sports facility at the Taal Yacht Club.

This is a backpackers galore! The next destination on the list is an old favourite of backpackers riding the Gringo trail from back in the Hippie days. The Santa Maria Volcano is one of the most active volcanoes in the world and smokes constantly like a Cuban cigar on a Friday night.

Be sure to buy marshmallows on the base of the mountain and use the wits of a boy scout to make s’mores with a long stick on molten lava. How many people can claim to have done that?

The volcano is a 56 km ride away from Antigua which sports a colonial look and there are a lot of hotels and resorts for you to stay at. Our recommendation is the Hotel La Reunion Golf Resort to be sure of an incredible vacation.

North of the city of Bandung in Indonesia you will find the Tangkuban Perahu, a dormant volcano that will make one of the best experiences. You can hike or drive up to the edge of the volcanic crater to see the hot water springs and boiling mud up close.

You can even buy eggs that are cooked right on the hot surface. The name translates to ‘Overturned Boat’ due to the distinctive shape of the crater. You can walk around for about two hours exploring but be prepared to be overwhelmed by sulphur fumes even though the volcano has been dormant for years.

There are numerous hotels fitting all budgets scattered around Bandung and Lembang if you wish to stay longer.

There’s another volcano in Indonesia that promises to give magnificent views and a quintessential volcanic vacation – the Bromo Massif. It is one of the most popular tourist destinations in East Java so don’t be surprised by the swarms of tourists. The hike to the volcano may not be very easy for everyone, so you are advised to take a jeep or ride horseback.

Plan your trip according to the dates of the Yadnya Kasada. On the fourteenth day of this Hindu festival, the Tenggeresse people of East Java climb the volcano to make sacrifices of fruit, vegetables and livestock, which they throw into the caldera. These scenes look like they came straight out of an Indiana Jones movie but they’re for real.

Travel to Crete – The Birthplace of Zeus 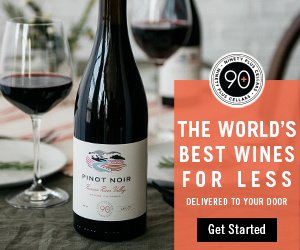